The two-year-old colt by Redoute’s Choice was second-up after failing to place in the Golden Slipper last start but got the run of the race to chase down the heavily backed Prague over the final 100m.

Prague took up at the lead at the 300m mark and kicked three lengths clear before King’s Legacy wound up to find the line. Jockey Hugh Bowman did a fantastic job weaving through the pack to sit one off the rail and said afterwards that his horse simply wanted it more. 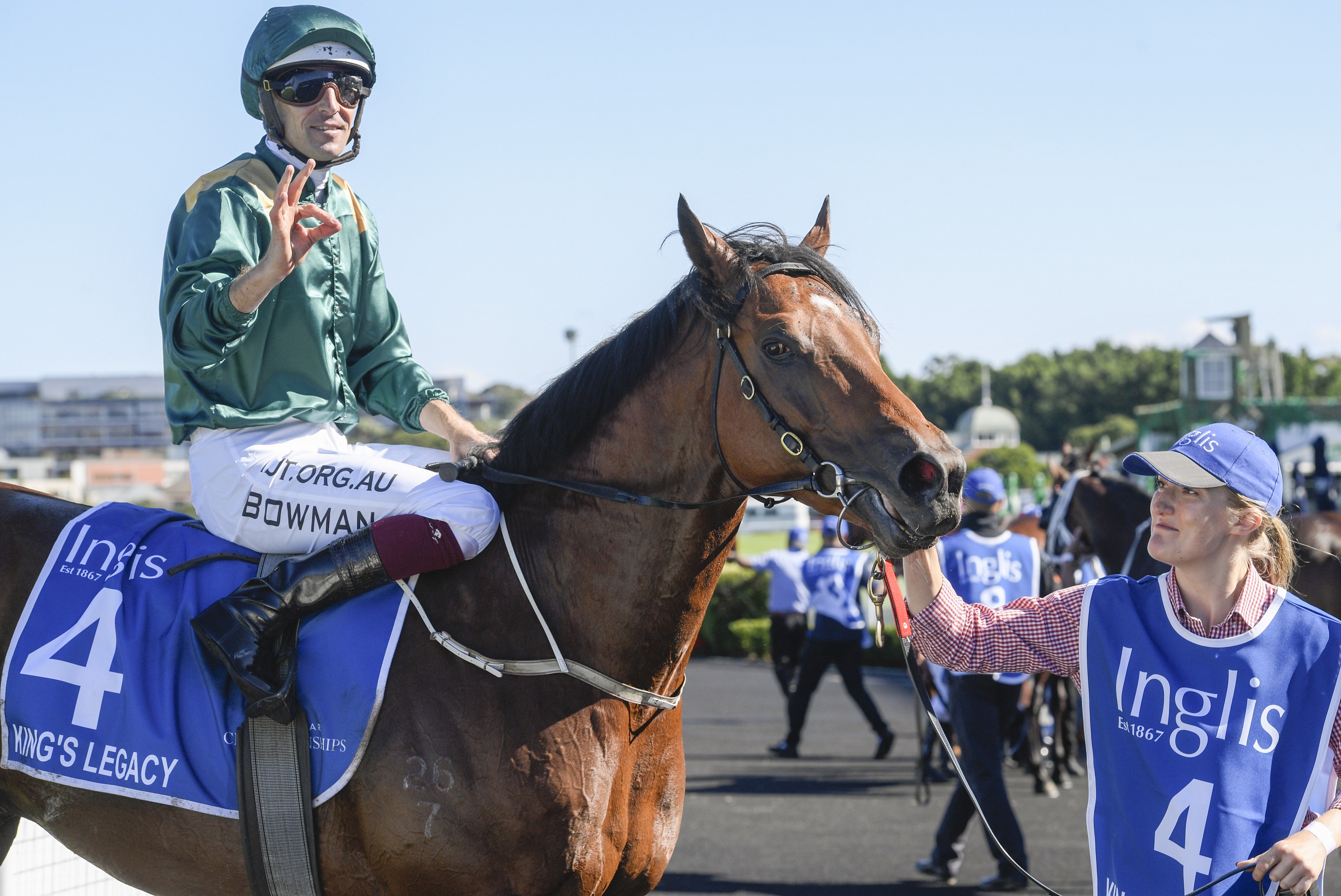 King’s Legacy has firmed into the favourite for next fortnight’s Group 1 Champagne Stakes. Photo: Steve Hart.

“You saw his will to win today. Prague, who is a superb colt in his own right had the race shot to bits. I was on a horse who wanted to win and wanted to win bad and he had the ability to do it.”

King’s Legacy won the Group 3 BJ McLachlan Stakes (1200m) at Eagle Farm back in December – his only win from four previous starts. He was a query stepping up to the 1400m for the first time on Saturday but handled the trip perfectly to join Invader, Prince of Dubai, Guelph and Helmet on the list of Snowden Sires’ winners.

“Very pleasing on so many levels. He was an expensive yearling, now he’s gone on and is a Group 1 winner” Peter Snowden said.

“Just the fact that we gave him that time after the Magic Millions and we got a berth into the Slipper off the back of some money we earned previously.”

The favourite Mamaragan enjoyed no such luck however, somehow finding himself four-wide coming down the straight after drawing barrier 2. Ole Kirk, who was the best-backed runner in the race, gave up a big lead over the final furlong and conceded third place to the favourite by a nose.

Prague certainly lost no admirers racing over the distance for the first time, but the fellow Redoute’s Choice colt simply didn’t have enough kick.

The Snowden’s haven’t discussed whether they will head to the Group 1 Champagne Stakes (1600m) back at Randwick on April 18, but Bowman certainly made his feelings clear after the race.

“I certainly won’t be trying to persuade them any other way. They would of had a plan for this colt a long time ago and I would imagine that (Champagne) would be in those plans. The way he went today, he will certainly be shorter than he was today in the market” Bowman said.

King’s Of Legacy has since firmed from $21 into $4.00 favouritism for the race with ladbrokes.com.au, while Mamaragan has also seen some love in the market moving from $6.00 into $4.80.