Aegon may have looked in a class of his own winning the Hobartville Stakes in his Australian race debut but rival hoop Tommy Berry aboard Mo’unga believes his mount is capable of an upset in Saturday’s Group 1 $1 million Randwick Guineas (1600m). 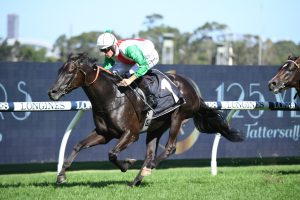 The Murray Baker & Andrew Forsman-trained Sacred Falls gelding Aegon made it a perfect five-from-five start to his career when running away at Rosehill in the Group 2 Hobartville Stakes (1400m) last start.

The Group 1 NZ 2000 Guineas winner over a mile now goes back up to that distance in Sydney’s feature race on the weekend looking to join Dissident (2014), Hallowed Crown (2015), Kementari (2018) and The Autumn Sun (2019) as recent winners of the Hobartville Stakes – Randwick Guineas double.

All the money in Randwick Guineas betting through Ladbrokes.com.au is on gun Kiwi raider Aegon, drawn in gate eight with Hugh Bowman retaining the ride, to remain undefeated with the favourite at a current quote of $2.30.

The danger occupying the second line of the markets at $6.50 is Mo’unga, formerly with Chris Waller and now with Annabel Neasham.

Berry comes aboard the Savabeel colt for the first time in the Group 1 replacing Jamie Kah, who rides on ‘Super Saturday’ at Flemington on the same day, and the hoop heads into the race with a degree of confidence with a gear change pending.

“I had done a lot of work on him prior to Melbourne, trackwork and trials and the thing that I learned about him is he’s one of those horses that doesn’t give you a feel and only does what he has to do,” Berry told Racenet through the week.

“He’s lazy and casual and doesn’t blow you away so I was rapt with his first-up run in Melbourne.

“I think there is probably a fair bit of improvement to come out of him off that first-up run because he’s such a big strong colt.”

Berry is after his second Randwick Guineas victory having ridden Inference for Team Hawkes to victory back in 2017.

Mo’unga brings a different form line into the Randwick Guineas field coming off a run in Melbourne when third to Tagaloa in Flemington’s Group 3 CS Hayes Stakes (1400m) in mid-February and will get the blinkers on second-up on Saturday in Sydney.

“I do really think the gear change could prove to be a major factor with him,” Berry said.

“He’s always looked to me to be a blinkers horse but Annabel has held back waiting for this race. It could hold the key to finding the ground he’s been coming up short in his last couple of starts.”

The other best out of the Hobartville Stakes looking to turn the tables on Aegon in the Group 1 meanwhile are runner-up North Pacific ($7.50); the ultra-consistent third placed Prime Star ($16); and Bondi Stakes champ Peltzer ($7.50) who ran fourth and is drawn the outside alley (13) on Saturday.

“He (Mo’unga) has got to improve coming back to Sydney against the good colts and especially the Kiwi, Aegon, but even he’s an unknown quantity on a dry track on race day so I won’t be going out there thinking we’re going around for second,” Berry added.

“The barrier (2) is perfect. It should allow us to get the perfect run and do a minimum of work to be where we need to be.

“Every inch of ground and every bit of effort you save counts in all races let alone a Group 1 race.”

The 2021 Mostyn Copper Randwick Guineas is set to run as Randwick Race 7 at 4:25pm (AEDT) on Saturday’s card.