2021 Adelaide Cup Field & Odds: Tralee Rose The One to Beat

Brilliant staying mare Tralee Rose is the horse to beat in Monday’s Group 2 $302,250 Adelaide Cup (3200m) with the Symon Wilde-trained visitor at an odds-on price to take out the two-mile classic. 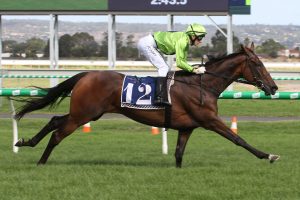 The four-year-old daughter of Tavistock is one of sixteen remaining stayers in this autumn’s Adelaide Cup field following the withdrawal of the original top-weight, recent Hobart Cup winner Double You Tee.

She comes into the time-honoured event having won five of her past six starts including her incredibly dominant seven-length romp home at Flemington on New Year’s Day in the Listed Bagot Handicap (2800m).

A dour staying type, Tralee Rose then travelled to Adelaide last start and was equally as dominant saluting by three and a half lengths when beating the locals in the Group 3 Lord Reims Stakes (2600m).

That was her first start at the Morphettville track since last year’s Adelaide Autumn Racing Carnival when she placed fourth to Real Of Flowers as a maiden in the Group 3 SA Fillies Classic (2500m).

She will run out the 3200m without a worry on Monday, has beaten many of the same rivals previously by a big margin and is proven at the Morphettville track making her a huge chance to salute for the punters.

The price on Tralee Rose is understandably short, the mare at $1.90 in the latest Adelaide Cup markets at Ladbrokes.com.au.

Jason Holder retains the ride from barrier five, with the top elect going up just one kilo to 55.5kg off her Lord Reims winning weight.

Occupying the second line of betting at $9 for the upset is Starcaster from the in-form Anthony & Sam Freedman stables.

The season’s best jockey Ms Jamie Kah partners the six-year-old son of Dansili once again having guided him to back-to-back Moonee Valley wins in the lead-up to Monday’s big feature.

Last start on February 12 Starcaster won the Listed Torney Cup (2500m) by two and a half lengths and he should handle the step-up in distance for the Group 2.

The only other runner under double-figures at $9.50 through Ladbrokes.com.au is the new top-weight, the Archie Alexander-trained Mosh Music carrying 58kg.

That was an improved effort on her prior run when seventh to Starcaster in the Torney Cup and on Monday she faces off against some familiar foes from a wide barrier (15 into 14) with Mark Zahra retaining the ride.

The second and third placegetters out of the Roy Higgins Quality – Sin To Win and Stars Of Carrum – both also back-up in the Adelaide Cup field paying $17 and $19 respectively to turn the tables on their last start conqueror.

Mosh Music meanwhile is out to do the Roy Higgins Quality – Adelaide Cup double for the second time in as many years following the success of King Of Leogrance (2020) last season.

The only other runner considered by the bookies to be any kind of threat to Tralee Rose is the early market mover, $10 fancy Long Arm coming off the distant second to the mare in the Lord Reims Stakes.