Trainer Peter Moody will finalize Black Caviar’s Adelaide program early next week before she flies out to England for her shot at Royal Ascot. 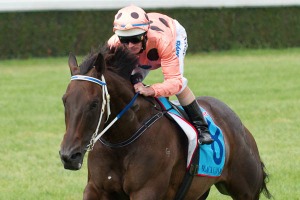 The Group 1 $500,000 The Distinctive Homes Goodwood(1200m) at Morphettville on May 12 has been pencilled in by Moody but he still has to decide if the champion mare will need an extra run before she travels overseas.

A jumpout at Caulfield on Tuesday morning will help Moody decide if Black Caviar will line up in the Group 1 $400,000 Sportingbet Classic (1200m) at Morphettville on April 28 as well, giving Adelaide racegoers the opportunity of seeing the world’s best sprinter on two occasions.

“She’ll have a spin around at Caulfield on Tuesday morning,” Moody said.

“We’re very positive for Adelaide. I would say we’ll definitely be in the Goodwood.”

“It’s a just a matter of deciding on the option of the Sportingbet Classic beforehand.”

The weight for age Sportingbet Classic for fillies and mares looks an ideal race for the unbeaten mare to kick off her campaign while the Goodwood is against all comers under set weights and penalties.

Black Caviar will be chasing her twentieth straight win when she steps out at Morphettville before flying out to England with her main mission the Group 1 £500,000 The Diamond Jubilee Stakes (1200m) at Royal Ascot on June 23.

The great mare kept her unbeaten record in tact over the summer and Moody sent her out for a break after recording her nineteenth straight win in the Group 1 $750,000 Coolmore Lightning Stakes (1000m) at Flemington on February 18, capping off another great campaign.