Mackinnon Stakes Up Next for 2020 Crystal Mile Winner Homesman

Seven year old war horse Homesman rewound the clock at Moonee Valley on Saturday by taking out the Group 2 Crystal Mile (1600m) in another brilliant front-running display from Ben Melham.

The Freedman-trainer galloper was having his first run back from a six month spell and proved no match for the small field in a comfortable all-the-way win.

The rain-affected track favoured horses on the speed and close to the rail with several winners on the day leading from barrier to box.

With two wins to his name first-up in the past, Homesman managed to earn a third with a comfortable two length win over second place-getter, Age Of Chivalry.

“He’s been to every dance this horse and he’s been an old marvel,” Melham said after winning his first Crystal Mile.

“Galloping, I did a bit of work on him and he’s become a little bit complacent in his older years, but he loves this circuit and it’s been a great result to get him up and winning today.” 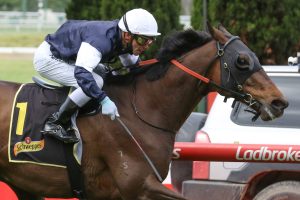 Homesman will now press on to the 2020 Mackinnon Stakes in a fortnight’s time following Saturday’s first-up win in the Crystal Mile. Photo: Ultimate Racing Photos.

Homesman had won previously over the track and distance but seemed to fall out of favour with punters drifting out to $3.90 before the jump.

Melham handled the sharp final turn beautifully before putting his foot down in the clear, leaving the Freedman team eyeing a spot in next fortnight’s Group 1 Mackinnon Stakes (2000m) at Flemington on November 7.

“He’ll have a crack at that race now and step back up to Group 1 quality and hopefully he can put himself back up with Group 1 company” stable representative Brad Taylor said.

Homesman has been installed as a $12 shot ahead of the $2 million feature behind $5.00 favourite Arcadia Queen and the returning Melody Belle.

Age Of Chivalry, meanwhile, remains a $34.00 chance behind Kings Will Dream ($17) who ran on for third on Saturday.