Connections of Lucas Cranach have decided to retire the talented import following the advice of vets. 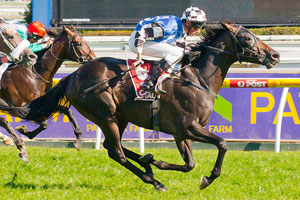 Lucas Cranach has been retired. Photo by: Steven Dowden.

“Unfortunately for connections we have decided to retire Lucas Cranach this morning on the advice of vet,” Lovett said.

“Very disappointing for all concerned.”

Lucas Cranach arrived in Australia in 2011 and his ability was obvious in his first two starts when he finished fifth in the Caulfield Cup and third in the Melbourne Cup.

But injury intervened on multiple occasions and he only managed one further start which was a dominant win in the Group 2 Peter Young Stakes last autumn.

The son of Mamool was one of the favourites for the major spring events in 2012 but failed to make it to the start line due to a bone chip injury.

Lovett is hopeful the entire will be able to transfer his on-course success to a fruitful career at stud.