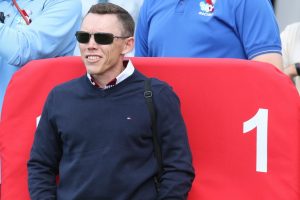 Munce and connections were left disappointed back on May 25 when Husson seven-year-old First Crush failed to beat home any other runner crossing 18th behind The Candy Man in the Group 3 $140,000 Premier’s Cup (2200m).

It was a surprisingly poor result from the bay whose lead-up form had suggested a better finish.

Munce believes his horse may just be one of those runners that dislikes Eagle Farm Racecourse and is hoping to turn things around heading southwest to Ipswich.

“I can only put it down to that. His last run was atrocious and his other two runs at Eagle Farm haven’t been much better,” he told AAP this week.

“Some horses just don’t like certain tracks. Look at Chief De Beers he couldn’t win anywhere but Doomben where he was a champion.

“I have erased the last Eagle Farm run from my memory and I am looking forward to Saturday.”

He won the Grafton Cup after running a neck second to Tradesman in the Ipswich Cup and second when three lengths beaten by Megablast on a Heavy (8) track in the Listed $175,000 Caloundra Cup (2400m).

It is the form from last winter Munce is hoping to see in the 2019 Ipswich Cup with First Crush (56kg) jumping from barrier three with the in-form Matthew McGillivray in the saddle.

“His other form is good and as an Ipswich and Caloundra Cup placegetter and a Grafton Cup winner he gets in well at the weights,” Munce said.

Munce meanwhile chases his first Ipswich Cup win as a trainer having taken out the 1994 edition as a jockey aboard subsequent Melbourne Cup third placegetter Oompala.

“It can be a hard race to win but we are in with a chance,” he said.