Four Group 1’s headline a massive afternoon at Flemington today in what is shaping up to be a quality day of racing at Headquarters!

The track has been rated a Good 4 with a few clouds about with the rail remaining in the true position throughout.

The first Group 1, the Empire Rose Stakes, will be run and won over the mile at 1:20pm (AEDT) and we have already seen our first key scratching from the race.

Several long shots have also been scratched from the Group 1 Kennedy Cantala (1600m) including Reyjjavik, Junipal, Harbour Views and Reloaded. 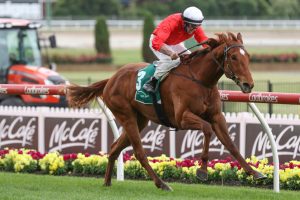 Toorak Handicap winner Mr Quickie remains the value favourite in the field at $6.00 over his preferred distance, while there’s also been some strong morning support for the Hawkes-trained Wild Planet, who won the Group 3 Moonga Stakes a fortnight ago at Caulfield.

Trainer Danny O’Brien is hoping to claim his first Derby win with the son of Tavistock, but he will have his work cut out against last week’s Moonee Valley Vase winner Cherry Tortoni ($4.60) and Matt Cumani’s talented colt by Dundeel, Hit The Shot.

Be sure to check back throughout the day as we cover all the key races at Flemington, as well as the $7.5 million Golden Eagle at Rosehill!