Wendy Roche’s six-year-old mare Nettoyer capped off a big day of upsets at Randwick on Saturday by taking out the time-honoured Doncaster Mile at very long odds.

The low-flying Sebring mare jumped as a $41.00 chance with ladbrokes.com.au but after a difficult week at home, raced every bit like a champion flashing down the outside to give Roche and jockey James Innes Jr their first-ever taste of Group 1 glory.

The race started with Quackerjack jumping out to an early lead while Night’s Watch and Nettoyer settled towards the back. Melody Belle was caught three wide early before the pace quickened coming into the turn. 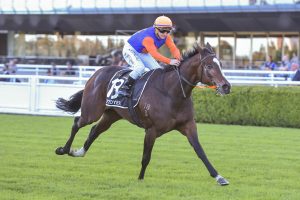 Nettoyer was having her third run back from a spell after winning first-up in the Group 3 Aspiration Stakes at Randwick on March 7. She backed that performance up with a gutsy fourth in the Ranvet two weeks later, but Roche said after the race the journey leading in was far from easy.

“I’m just so emotional, this mare is such a sod,” Roche said.

“All week I couldn’t ride her. I just freshened her, I did 200m sprints, she bit the strapper in the head, he had to get stitches.

Nettoyer showed plenty of turn of foot in her previous starts this prep, which was again on display on Saturday as Innes found himself with plenty of horse underneath him.

“I was still trying to catch my breath getting her to the gates. She began only fair. Me and Wendy thought we would be a couple of pairs closer” Innes said after the race.

“She just isn’t a horse you can drive the brains out of for the entire mile so I just left her alone. There were obviously runners venturing into the race three or for wide, the more I straightened up, the more confident I was getting. It still hasn’t kicked in.”

Melody Belle looked a chance coming down the straight but failed to kick on the heavy track. Seven dollar second-elect Brandenburg ran home boldly for third on the inside of Nettoyer, while proven wet-tracker Star Of The Seas wasn’t disgraced running second.

Barrier 10 made a difference for Innes on Saturday and history was certainly in his favour. Following Nettoyer’s win, double-digit barriers have now produced nine of the last 11 Doncaster winners.

“She wouldn’t take grass, I had chips in my pocket, she wouldn’t do any of it. I really thank the clerks of the course for getting her there and I think the barrier attendant actually backed her because he jumped out of the car and chased her all the way” Roche went on to say.

“She’s going to get pizza tonight. She eats supreme pizza with capsicum sauce.”